Lazy K Campground is easy to find, located centrally between Philadelphia, Reading and Allentown, in beautiful Berks County, Pennsylvania. We are located just minutes from major highways and other conveniences.

You may use the following interactive Google Map to pan, zoom, and switch between map and satellite views. You may also generate travel directions from any point of origin, as well as directions from our park to any nearby attraction or other location.

Day trips are popular with campers who are in search of outlet shopping, sightseeing, golfing, area folk festivals and a rich blend of historical sites. A few of the area points of interest include: 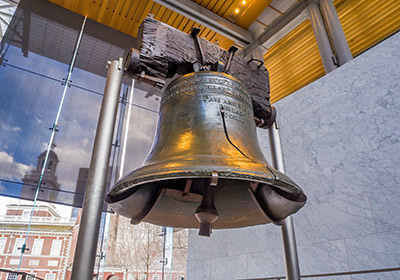 Famous as the birthplace of life, liberty and the pursuit of happiness, Philadelphia offers much more than cobblestone streets and historical landmarks. Cultural, culinary, artistic and ethnic treasures abound in this city and its surrounding countryside. What makes Philadelphia so memorable is its unique blend of experiences that you have to discover in person. By day, explore four centuries of history and architecture, beautiful neighborhoods, remarkable museum collections and endless shopping. After the sun sets, the city heats up with acclaimed performing arts, amazing dining and nightlife. 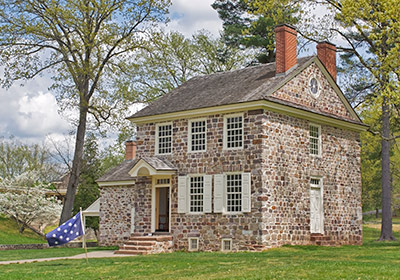 Valley Forge was the site of the 1777-78 winter encampment of the Continental Army. The park commemorates the sacrifices and perseverance of the Revolutionary War generation and honors the ability of citizens to pull together and overcome adversity during extraordinary times! Valley Forge is a fee-free park open year-round and sees nearly two million visitors annually. Historic structures, monuments, and trails cover the 3,500 acre landscape. 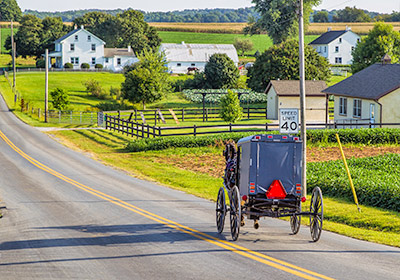 There are two sides to every story. And the story you bring home from Lancaster County will be no different. On one side, you’ll share memories of the expected — farmlands, family-style feasts and the Amish. On the other, the unexpected — city life, exquisite cuisine and contemporary art. Both sides are equally fascinating and filled with priceless memories. Rolling hills with lush grasses and crops, farms with windmills dotting the horizon and horse and buggies sharing the road remind you that things are simpler here in Lancaster County. 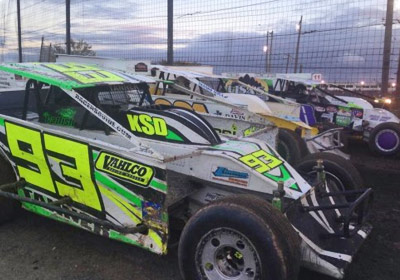 Grandview Speedway is a high-banked one-third mile clay oval, celebrating their 54th Anniversary season in 2016. The facility offers free parking, quality food at reasonable prices, a program book, Grandview Speedway and Thunder on the Hill race wear and great viewing from every seat in the house. Race fans are invited to victory lane following the racing program and, race fans may enter the pits after the races to meet the drivers and enjoy the spine tingling fireworks salute on the feature event parade lap. 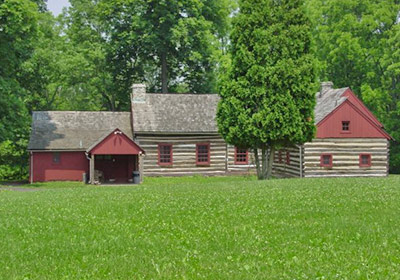 The Daniel Boone Homestead is a historical site in Birdsboro, Pennsylvania that tells the story of Daniel Boone’s youth in Pennsylvania’s Oley Valley and illuminates the daily lives of the region’s 18th-century settlers through the eyes of the Boone, Maugridge and DeTurk families who occupied the site. Discover this diverse region that impacted Daniel Boone’s life and PA’s history. Join us for hands-on activities, living-history demonstrations, historic tours and more. Don't forget to pack your sneakers to carry you along our hiking trails and a lunch to enjoy in one of our picnic areas! 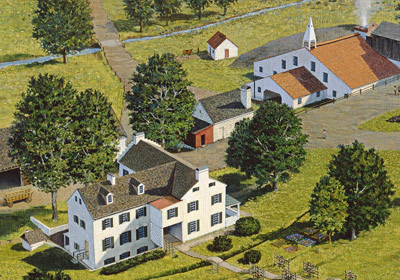 Hopewell Furnace showcases an early American industrial landscape from natural resource extraction to enlightened conservation. Operating from 1771-1883, Hopewell and other "iron plantations" laid the foundation for the transformation of the United States into an industrial giant. The park's 848 acres and historic structures illustrate the business, technology and lifestyle of our growing nation. 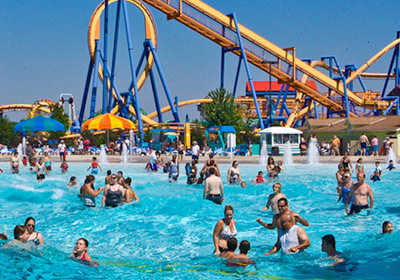 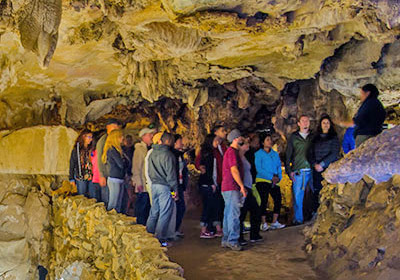 Famous Crystal Cave Park is the most popular natural attraction in Pennsylvania. This great underground wonder, located near Kutztown, has been visited by millions of people since it was discovered in 1871. Crystal Cave is both educational and fun for the whole family. 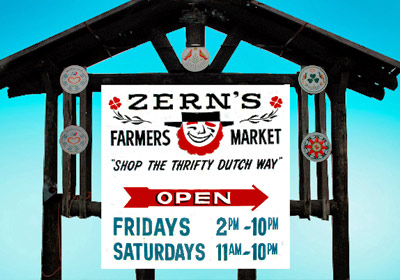 Pennsylvania has many national treasures. It isn’t just famous for the liberty bell and Ben Franklin–it is also home to Zern’s Farmers Market! Located in Gilbertsville, Pennsylvania, Zern’s is a trip into yesteryear… one of the oldest and largest markets, Zern’s Farmer’s Market has been on the scene since 1922 when a few roadside stands sprang up in the backyard of the Zern family in Gilbertsville. Over the years, ”The Sale” as it is fondly called by locals, has become known as the best spot to purchase fresh produce and thousands of other items. 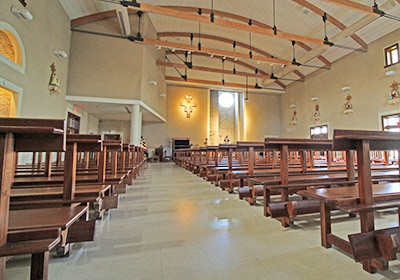 The National Centre for Padre Pio reverently celebrates the life and works of Padre Pio, canonized a saint by the Catholic Church in 1987. The Centre was founded by the Calandra family, who traveled to San Giovanni Rotondo, Italy in 1968 to meet the priest who was reputed to work miracles. Mrs. Vera Calandra brought two of her small children with her, one a very sick little girl named Vera Marie whose illness was cured through the intervention of Padre Pio. The Spirituality Centre, museum and gift shop operate daily, with the exception of Thanksgiving, Christmas Day, New Year’s Day, and Easter Sunday. 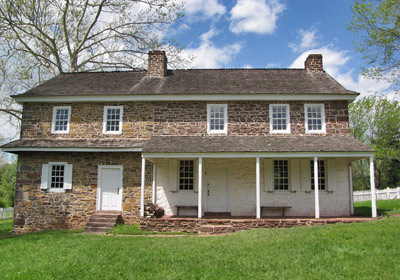 The Oley Valley is among the most unique and picturesque regions in the Schuylkill River Heritage Area. The Valley is formed by the gentle rise of the Oley Hills and is dissected by the gently flowing Manatawny and Pine Creeks. Settled in the 1720s, many of the Valley's current residents are descended from families who have been here for centuries. The Oley Valley is the birthplace of Daniel Boone, the Unitarian Universalist Church, and is one of the most agriculturally productive regions in Pennsylvania. Explore the historic inns, back country roads, and small shops and farm stands on your visit. 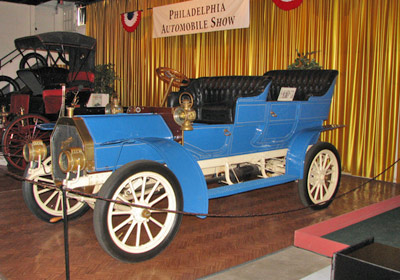 Discover Pennsylvania’s Transportation History at the Boyertown Museum of Historic Vehicles! See vehicles of all types: gasoline, steam, electric, and horse-drawn, including carriages, wagons, and sleighs. You will see “high wheelers” and “safety bicycles,” vehicle builder’s tools, and local historic roadside architecture. The museum is housed in the former home of the Boyertown Auto Body Works, which had continuous operations on this site from 1872 – 1990, and retains the factory setting, making it a unique and interesting setting for the vehicles.